What’s the difference between a logo and a visual identity?

A logo is not a visual identity, and a visual identity is not a brand. But it’s a misconception that’s still widespread. Here we explain the difference between the two and look at best practice when creating or refreshing the visual elements of a brand.

This is an extract from our book Not for profits: Why, when and how to rebrand.

Logos are important, but they’re only one piece in a much larger jigsaw. It’s eminently possible to have an awful logo and a superb brand, and vice versa. But of course, as the most visible symbol of your brand, you will want to pay it some attention.

A visual identity, on the other hand, is everything beyond your logo: the colours you use, the fonts you’ve chosen, the icons, approach to photography / illustration, and layouts you’ve designed. It’s a distinctive visual signature that will make your organisation recognisable both on and offline.

Do I need a logo and a visual identity?

Typically the more mature the brand, and the larger the budget, the more multi-faceted and comprehensive the visual identity (VI). For instance, a small charity might exist with a logo and a handful of other assets, and find themselves reinventing the wheel every time they come to create new comms. Whereas a larger, more established brand may have templates in place to make sure everything is well defined and remains consistent.

Here’s some best practice to bear in mind when undertaking a VI project:

Logos usually fall into two main categories: typographic logos and icon-based logos. Icons fall in and out of favour in the industry, but have seen a revival in the digital age because they’re useful for app icons, favicons, avatars and the like.

Typographic logos – sometimes called Namestyles – aren’t terribly popular in the not-for-profit space, because they can sometimes come across as a little cold and clinical (you’ll see lots of them in the big consultancies – think Capita, Deloitte and Arup). But they are still used.

Does your logo make a statement?

Whichever approach you take, make sure your logo makes a statement about you, or tells a story. And it needs to be distinctive and highly recognisable. We all love hearing the story of Amazon’s logo representing an arrow connecting the A to the Z, or the hidden arrow in the FedEx logo – all very clever, but if the average punter can’t decode your logo, that’s a problem. It would be great if you could sit on the shoulder of everyone who comes across your brand, whispering into their ear how clever it is. But you won’t be there. So it either communicates what it needs to, or it doesn’t...

That doesn’t mean you can’t be subtle. It’s fine for your logo to hold back a few secrets, which must be slowly decoded – in fact, it can sometimes be all the more intriguing for it. But don’t fall into the trap of throwing everything at the logo, or you’ll risk cluttering it and overwhelming people. Remember, a logo’s sole job is to help people to recognise you.

Always judge a logo in situ

The effectiveness of a logo should always be judged in situ. We can’t stress this enough. Nobody will ever see your logo in isolation, standing alone on a presentation board. They’ll see it on brochure covers, on web banners, at the foot of an email, or on a business card. All that matters is that it works in context, in the real world where it will live. If a logo looks superb when framed, but it’s terrible to work with in practice, then bin it!

Also, remember a few practicalities. Your logo must work when printed and on-screen – it must be legible when it’s small, and still look elegant when it’s huge. Ideally, it should also be possible to make a one-colour version, without it looking too dissimilar to its full-colour equivalent. If it’s Photoshopped to death, or incorporates an intricate illustration, then it’s going to look pretty terrible in a lot of circumstances. Intricate can work – crests, for instance, are still popular, especially with our University clients, but it’s important that icons are redrawn to make them fit for modern standards of reproduction. A great example of this kind of work is Chris Mitchell’s iconic crests, which retain their heritage, while creating a modern vector graphic that can be used anywhere.

Visual Identities are sadly all too often overlooked.

A strong VI can make a real difference to the strength of your comms. IE Brand is often commissioned to create a new visual identity for an organisation that insists we cannot change its existing logo.

A good example was our work for pfeg (Personal Finance Education Group). When they came to us, their comms looked dull and quasi-governmental. We created a distinctive new visual identity for the charity, but were told we couldn’t change their logo. Over the course of over five years, we created hundreds of custom illustrations, comms assets and videos using a set of trademark illustrations, colours and typography. This style was enormously distinctive in their marketplace and, in time, all of their core stakeholders came to recognise it. The logo was neither an asset nor a liability, but the hero of the piece was the visual identity. 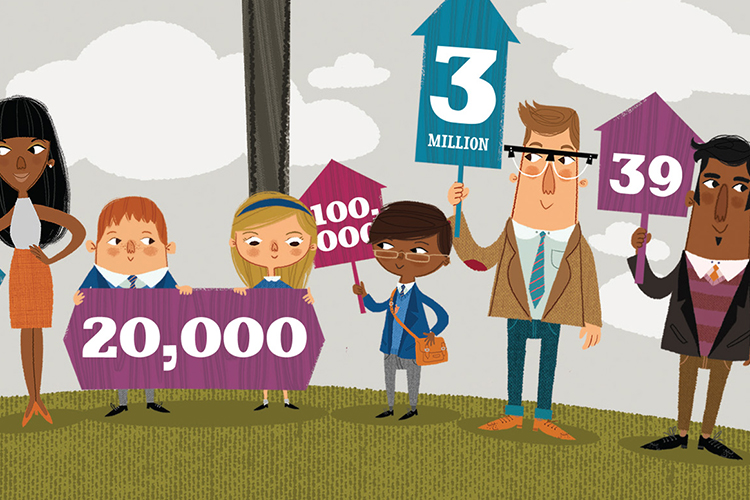 The 'rules' of visual identity design

We’ll keep this section purposely brief because there’s a lot of pop psychology around design that we hear regularly. And we’ve no desire to contribute to that. We regularly hear from clients that they ‘can’t use blue because it’s cold’, or that ‘red’s out of the question, because it’s angry’. If that’s true (and we don’t for one minute think it is), somebody should really tell the Virgins and Facebooks of the world.

Clearly, there are some basic tenets of design that can give you a helpful steer. For instance, if you use an ancient, serif typeface, it’ll probably help to communicate heritage and prestige – one of the reasons it’s common in the Higher Education sector. But could the same be true of an elegant sans serif used well? Absolutely!

For every rule, you’ll find countless examples of brands that break it and succeed. Rather you must design the visual identity that’s right for you and your marketplace, one that helps your content to shine, sets the right tone for your brand, and isn’t too similar to a key competitor.

But whatever you do, don’t base your visual identity around what can be replicated by your Marketing Executive in Microsoft Word, or one that’s ‘email safe’. This lowest common-denominator approach will not succeed. We’ve lost track of the number of clients who use Arial simply because it means everyone will be able to open their Microsoft Office files or see their email as intended. That could well be true, but it’s hard to be distinctive when you’re using the world’s most ubiquitous typeface!

Instead, apply the theory of Graceful Degradation – where your agency needs to prove that the sparkling new identity they’ve created for you still works when there are limitations of usability or technology. Essentially producing ‘fallbacks’ and creating a backup plan for certain scenarios (e.g. emailers). It’s important your new identity has provisioned for these instances, but it shouldn’t be the guiding factor.

For more on this topic, including the importance of a success criteria design brief and how to protect and police your new visual identity, download the full book: Not for profits: Why, when and how to rebrand.

Visual identities are sadly all too often overlooked. A strong VI can make a real difference to the strength of your comms. Design the visual identity that’s right for you and your marketplace, one that helps your content to shine, sets the right tone for your brand, and isn’t too similar to a key competitor. 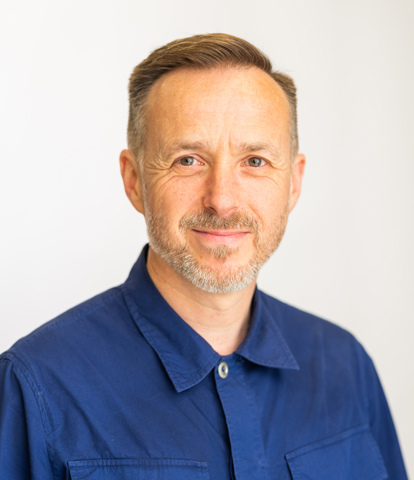