No-one that attended the keynote presentation by Alex Smith, Founder of Harrison’s Fund, could be in any doubt that the story behind your charity can give it real heart, and speak directly to donors.

Alex’s determination to find a cure for Duchenne Muscular Dystrophy for his son Harrison barely left a dry eye in the house at the Fundraising Conference. Harrison’s Fund often uses controversial marketing messages – like the campaign “I wish my son had cancer”. While shock tactics may not be for everyone, it’s a brilliant example of a charity brand that uses storytelling and a very clear articulation of its purpose to drive fundraising support. More on Harrison's Fund later.

During the opening for Day 2 of the conference, Third Sector’s Editor, Andy Hillier, stressed the need for fundraisers to clearly articulate what their charity is doing and why. Every individual within a charity organisation has a responsibility for representing the brand and generating income – not just the official fundraising team. Yet staff and volunteers often give very different answers when asked about their charity’s aims and impact.

This was echoed by Polly Rigby from CLIC Sargent in the break-out session on community fundraising. She spoke about how fundraisers should be strong storytellers, which is why the charity has invested in training for fundraisers to help them better articulate their work and tell more engaging stories.

Storytelling at the heart of your charity brand

IE Brand’s workshop session followed the theme "Who cares about… [insert your cause here]? How to employ brand storytelling to engage the emotions and solicit the support of an indifferent world."

Our MD Ollie Leggett was joined by Paul Maxwell-Rose, Director at Christian peacemaking charity CHIPS, who told delegates about their recent rebrand. IE Brand put storytelling at the heart of CHIPS’ new brand messaging, drawing on over 50 years of peacemaking – from the charity’s beginnings in Cyprus in the 1960s to the present day in London’s Brixton. The new brand narrative uses these powerful stories to celebrate the inspirational work of staff and volunteers, and articulate CHIPS’ ambition for peace.

Paul's told us that the CHIPS rebrand has already had a big impact since the launch in February. It has helped supporters feel more confident about investing for the long-term, as evidenced by a number of supporters increasing their regular giving. Online donations have increased substantially, and they've seen a big improvement in their website stats. Recent donations have frequently been accompanied by praise for the new brand and website, from supporters of all ages.

To support CHIPS in creating consistent messaging for its key audience groups, IE provided a detailed messaging matrix (See partial snapshot below) and a bank of stories. 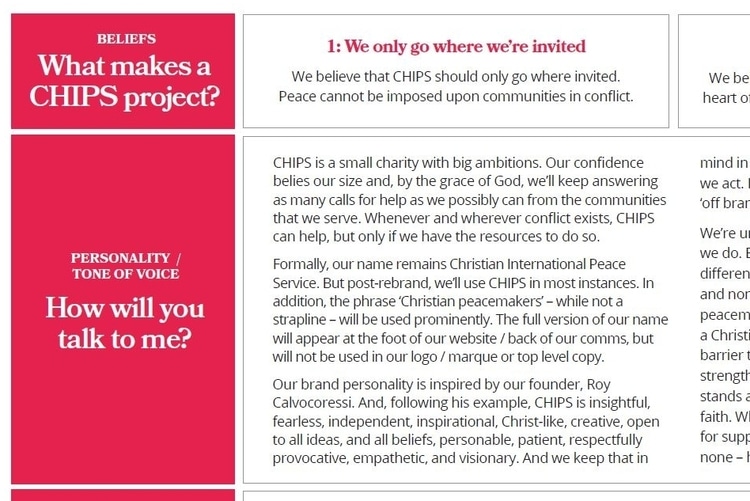 Harrison’s Fund taps brilliantly into these three in its messaging:

It's powerful stuff, and clearly for Harrison’s Fund, really effective at achieving both donations and PR coverage.

Every individual within a charity organisation has a responsibility for representing the brand and generating income – not just the official fundraising team. (paraphrased)

Ollie Leggett
17 Feb 2017
Removing the mask: using brand to show the ‘real you’ 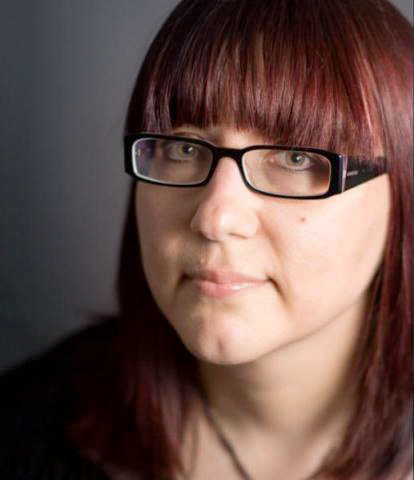